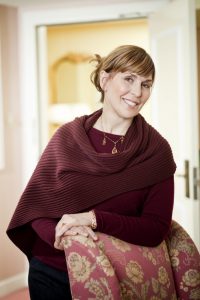 Kjristine Lund has owned Lund Consulting, Inc. since 1990 and is the principal in charge.

She has dedicated her career to making quality civic projects happen including transportation investments, sustainable development, brownfield redevelopment, and civic facilities. People from a broad spectrum of our community have shown their trust in Kjristine. She takes difficult intractable problems and develops ways to turn them around. This is because she listens, builds consensus, and acts with the highest ethical standards.

Much of her work has involved reorganizing approaches to planning in order to maximize funding opportunities and to meet changing conditions. She has staffed many high-level boards in her career consisting of over 150 community leaders as well as dozens of advisory committees.

She has led the preservation of significant buildings, neighborhoods, and landscapes in the Pacific Northwest. She is currently engaged by the City of Seattle to facilitate a citizen committee involved in the major institution master planning process for the University of Washington.  She advised the City of Seattle about how to create conservation districts to preserve neighborhood character.  She also worked with the City on several urban design projects in the Pike-Pine corridor of Seattle’s Capitol Hill.

She has contributed leadership to the start-up, turn-around, and/or government fundraising of many arts enterprises in Western Washington including the King County Arts Commission (4-Culture), TownHall Seattle, Edmonds Center for the Arts, Capitol Hill Cultural Overlay District, Broadway Center for the Arts (Tacoma), Paramount Theatre, On the Boards, and Bumbershoot, to list a few examples. She graduated from the Leadership Academy at the American Symphony Orchestra League in 2002 with the goal of bringing more specialized expertise to her clients in the performing arts.

Lund’s career began in Washington, DC, where she worked for the National League of Cities and gained experience in documentary film on urban issues. She earned her MBA from the University of Washington with emphasis on finance and strategic planning. Her undergraduate degree is from George Washington University’s School of Public Policy and International Relations where she specialized in urban planning with a minor in journalism. Her degree is a BA in Urban Affairs.  She holds certificates in creative writing from the University of Washington and Oxford University.  She also has a certificate for advanced project management from Stanford University.

Managed executive boards and commissions for the state, county, and city governments, since 1978.

Managed special studies and plans to finance transportation projects for the State of Washington and King County, since 1990.

League of American Orchestras, Board of Directors, Executive Committee, 2014 – present

Olympic Music Festival, Board of Directors, 2002